The Blend Of Jokes and Social Justice That Is Black Twitter 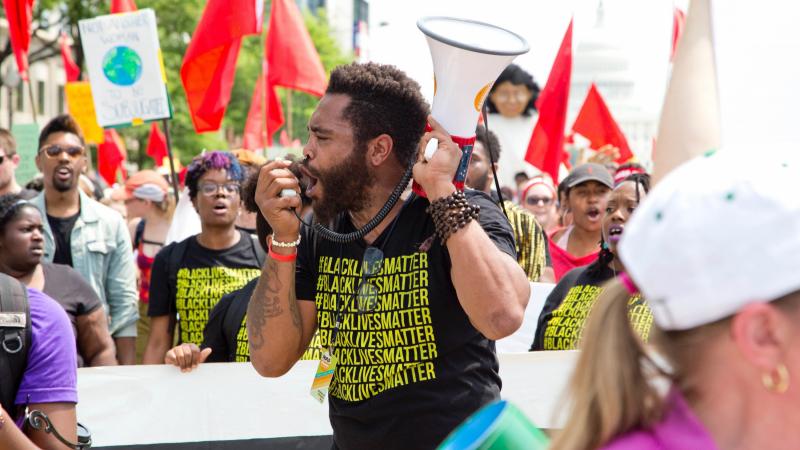 One person’s bubble can be another person’s safe space. A place where you don’t have to pretend and where you can feel supported, and understood. For many black Americans, that place is Twitter. In fact, 40% of young black Americans use Twitter — compared to just 28% of young white Americans. University of Virginia Media Studies professor Meredith Clark gave Charles Monroe-Kane a primer on what makes Black Twitter such a unique part of the online space.

Twitter is often a place for pithy, rapid-fire joke-telling, and Black Twitter has that with a harsh dash of truth.

when ur texting someone and they don't stay in their skin tone emoji lane pic.twitter.com/kLEX5JZ1Fg

No better summation of being black in America. At the highest level having to be gracious to white people who do nothing but disrespect you. pic.twitter.com/BackyEreMw

Those moments of comedy bind the community together and make it a fertile space for online social movements.

#YouOKSis? A simple question can offer tons of support pic.twitter.com/KyhByezRKF

What I know: w/o #Ferguson movements & #BlackLivesMatter, the #WalterScott story would not have been the lead story on the @nytimes homepage