Can You Live Unironically? Or Will The World Mock You For It? 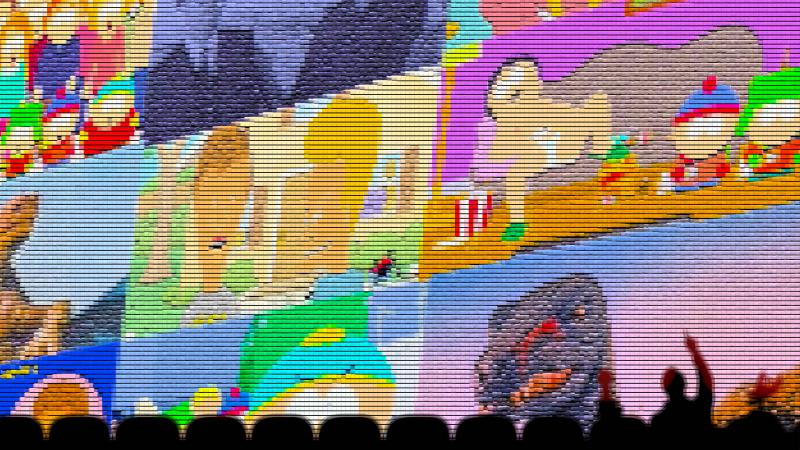 In 2012, Princeton University professor Christy Wampole wrote a New York Times opinion piece called "How to Live Without Irony." If you read the comments, it seemed like every hipster everywhere instantly hated it — but it struck a chord with people who had grown tired of pop culture dominated by self-awareness and snark.

Take, for example, an ad that calls itself an ad, makes fun of its own format, and attempts to lure its target market to laugh at and with it. It preemptively acknowledges its own failure to accomplish anything meaningful. No attack can be set against it, as it has already conquered itself. The ironic frame functions as a shield against criticism. The same goes for ironic living. Irony is the most self-defensive mode, as it allows a person to dodge responsibility for his or her choices, aesthetic and otherwise. To live ironically is to hide in public. It is flagrantly indirect, a form of subterfuge, which means etymologically to "secretly flee" (subter + fuge). Somehow, directness has become unbearable to us.

One reviewer — a writer for online literary journal Electric Lit — said it made him want to "s--- in his hat."

That wasn’t the only reaction.

After Donald Trump was elected president, Wampole wrote a follow-up on living without irony subtitled "(for Real, This Time)." She makes the case that Trump's election marked the end of the "Age of Irony," leaving the sarcastic masses adrift and seeking more serious mindsets.

One such seriousness is "embodied by the thirst for-profit or by apocalypse fetishism, joyless ideology, and even cruelty," she writes in the second piece. Another? A seriousness that is "calm, diligent, and — dare I say — joyful in its efforts to defend principles like justice, solidarity, and peace," Wampole wrote.

In a time with more than enough division, Wampole suggests sincerity might better connect us to one another. So what would it mean, to embrace a "joyful seriousness" instead?

The first step is assessing where we get our laughs.

The common link between each? Entertainment derived from ironic, meaningless, referential and often mean-spirited humor.

"I think the internet has obviously had a lot to do with this omnipresent attitude of irony," Wampole said, speaking to Steve Paulson for "To the Best of Our Knowledge." "All it takes is three minutes on Twitter, on Facebook, on YouTube to detect it. You have to be the person with the wittiest comment, and then of course news reports on witty comments as though they're news."

You can resolve to read more books and spend less time scrolling and watching, but Wampole said the more important question is probably who you spend your time around. Do they make you feel safe expressing sincerity?

"(When I first wrote my piece,) I especially got a lot of mail from younger people who said that at school, many of them were high school students or university students, that when they try to express something in a sort of sincere way, that they're made fun of, or that there's some kind of joke that comes along with their expression of sincerity," Wampole said. "If you get a group of young people in a room, ... it just comes flooding out how hungry people are for an irony-free interaction with another human being."

That vulnerability carries over to smaller daily interactions we have, like gifts. Wampole said she frequently gave ironic gifts rather than anything truly thoughtful, but she realized that meant she was afraid to be sincere with the recipient.

"Whenever you'd make any kind of sincere gesture toward another person, there is a bit of risk involved — that the person will misunderstand."

Giving thoughtful gifts and avoiding caustic relationships, media and surroundings—lofty goals, but Wampole also had a much simpler way for us to reconnect with sincerity: play outside.

"Going out into nature, nature is the most non-ironic space that one can be. There is no irony in trees. There's no irony in the mountains," Wampole said. "So I try to spend a lot of time outside."