Philip Pullman on 'The Pocket Atlas of the World' 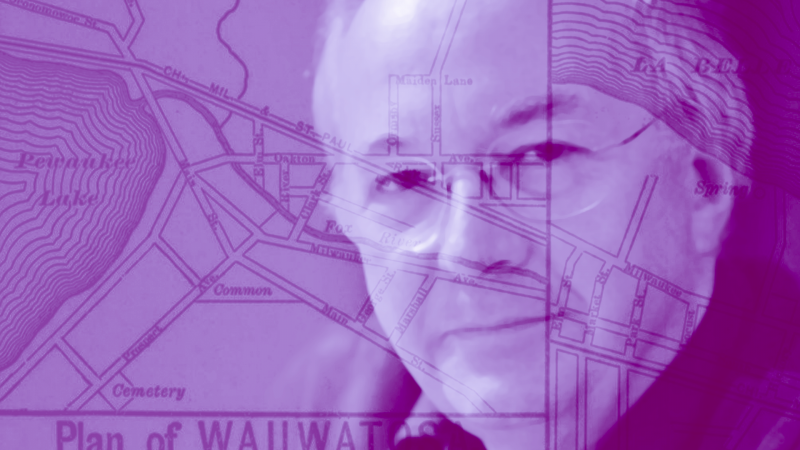 Philip Pullman is once again having a moment, thanks to the blockbuster adaptation of "His Dark Materials" by the BBC and HBO. His fantasy classic is filled with witches, talking bears and the creatures he calls “daemons” — people’s alter-egos who take animal form. It’s an adventure story brimming with contentious ideas like religious tyranny, original sin and the nature of consciousness — all in a series of books marketed to children.

Actually, Pullman doesn’t consider himself a children’s book author — "this is a marketing question, not about the way the books are written," he says — but he’s clearly attuned to the imaginative world of children. In fact, he was a middle school English teacher before he became a best-selling novelist.

So maybe it’s not surprising that the book that exerted such a pull on his own imagination was "The Pocket Atlas of the World," which he first encountered at the age of nine. “I took it everywhere because it absolutely fascinated me,” he says. “I still cherish that atlas because it was a book that helped me when I was a child imagine faraway places that I still haven’t been to.”

Pullman’s novels are full of exotic adventures in far-off lands. He shows how travel is both a literal act and also a feat of imagination.

I'm going to talk about a book that was a big influence on me, which I first encountered at the age of nine. It was a little pocket atlas of the world, which I could put in the pocket of my blazer that I wore to school. And I took it everywhere because it absolutely fascinated me.

I was fascinated by the look of my own country, England, on a map, looking at the town where I was born, Norwich, the city where I was living then, which was London, and all around at the bits of the coast I knew. I was fascinated by where we were situated, which was in Europe, and looking at all the European countries and wondering what it would be like to go to Italy or to Germany or France. And then looking further afield because I had spent quite a lot of my childhood traveling around the world because my father and then my stepfather were both in the Royal Air Force. And in those days the RAF sent its pilots to what was then the British Empire. So I spent part of my childhood in Africa, Southern Africa, and part in Australia. It was nice to look at those pages in my little pocket atlas to see where we used to live and all the all the places I'd been to.

One of my favorite pages was the map that covered New England. I went through this almost with a magnifying glass because there were so many towns all crowded together and so many of them had English names. There was a Norwich there. There was an Oxford. There were all sorts of towns that had English names and that was fascinating.

And there were towns with the kinds of names that could only have come from another country. One of them I was fascinated by was the town of Oconomowoc in Wisconsin. And many, many years later, I found myself actually driving through Oconomowoc, which I was very pleased about.

I still have that little that little pocket atlas. Some of it's out of date now because the names of some countries have changed and some borders have changed. Although the physical geography of the world remains more or less the same, we now know more about it. I can see that the Arctic ice, for example, doesn't cover as large a space as it used to.

So the world is changing, but I still have my little atlas and although I use it mainly now for reference when I'm writing — I use a very big atlas which I can spread out on the desk and clear everything out of the way and examine — I still cherish that little atlas because it was a book that helped me when I was a child imagine faraway places that I still haven't been to.