The Unmistakable Pop and Hiss of a Good Record 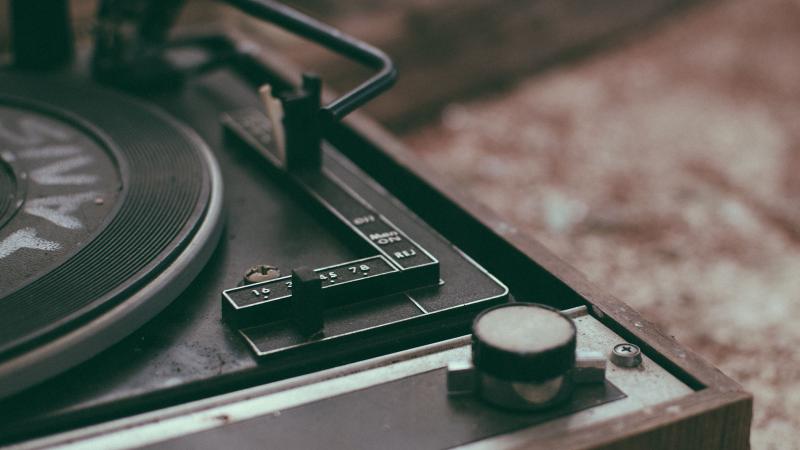 Novelist Hari Kunzru talks about listening through the scratch and hiss of old 78’s for the voice of the past.

One of the things that became really fascinating to me about listening to old recordings is actually how hard it is initially to to really listen through the crackle and through the bad sound of a worn, old 78 record. We're so used to beautiful stereo productions that when you first hear one of these records with a weak voice, and a barely audible guitar perhaps, and a lot of surface noise, you can't get there. But after a while, if you listen to a lot of this and you get better at hearing through the static, all sorts of things emerge.

This guy has a very sweet, very beautiful voice and there's something about that that just sort of leapt through this noise, leapt through time to me. I became a sort of junkie for this moment a very simple performance and mucked around with performances in whatever style. I started listening to field recordings and John and Alan Lomax made a lot of amazing recordings of people in some of those recordings you can hear things. I use it in the novel, you can hear the cicadas in the trees. You can hear somebody's foot against the rough boards of the porch that they're sitting on. You can hear somebody in the background tapping time on their knee. That's an amazing thing to me.

After you've been listening for a while, it becomes a kind of memory of a time that really has been almost erased, because these recordings are made by people who were not considered important and historically significant at the time. It's a history from below. It's a history of hard working people – often very seriously exploited people – you find lines that actually tell you about what it would be like working on a chain gang, on a levee camp you know cutting cane on the prairie source in Texas. How you would deal with your overseer, going to the white boss and saying that you want your money and him spitting on the ground and saying 'you know I'm not going to pay you what are you going to do about it.'

You hear these things and you can gradually put together a very nuanced picture. Everybody knows about the evils of slavery and very few people understand properly the kind of much more subtle ways that power was exerted over black people after slavery. And that interested me a lot. I mean certainly as a British person, I thought I knew the history and I found you know to being in the US and also listening to this music there was a lot that I didn't know.