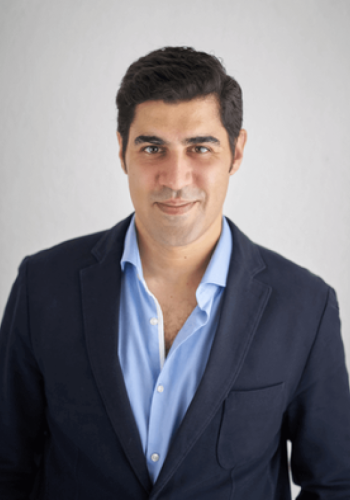 Parag Khanna is a leading global strategist, world traveler, and best-selling author. He is a CNN Global Contributor and Senior Research Fellow in the Centre on Asia and Globalisation at the Lee Kuan Yew School of Public Policy at the National University of Singapore. He is also the Managing Partner of Hybrid Reality, a boutique geostrategic advisory firm, and Co-Founder & CEO of Factotum, a leading content branding agency.

Parag's latest book is Connectography: Mapping the Future of Global Civilization (2016). He is also co-author of Hybrid Reality: Thriving in the Emerging Human-Technology Civilization (2012) and author of How to Run the World: Charting a Course to the Next Renaissance (2011) and The Second World: Empires and Influence in the New Global Order (2008). In 2008, Parag was named one of Esquire’s “75 Most Influential People of the 21st Century,” and featured in WIRED magazine’s “Smart List.” He holds a PhD from the London School of Economics, and Bachelors and Master's degrees from the School of Foreign Service at Georgetown University. He has traveled to more than 100 countries and is a Young Global Leader of the World Economic Forum.