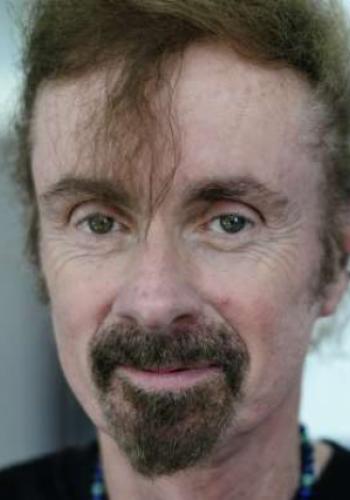 T. Coraghessan Boyle is the author of twenty-six books of fiction, including, most recently, After the Plague (2001), Drop City (2003), The Inner Circle (2004), Tooth and Claw (2005), The Human Fly (2005), Talk Talk (2006), The Women (2009), Wild Child (2010), When the Killing's Done (2011), San Miguel (2012), T.C. Boyle Stories II (2013), The Harder They Come (2015) and The Terranauts (2016). He received a Ph.D. degree in Nineteenth Century British Literature from the University of Iowa in 1977, his M.F.A. from the University of Iowa Writers' Workshop in 1974, and his B.A. in English and History from SUNY Potsdam in 1968. He has been a member of the English Department at the University of Southern California since 1978, where he is Distinguished Professor of English. His work has been translated into more than two dozen foreign languages, including German, French, Italian, Dutch, Portuguese, Spanish, Russian, Hebrew, Korean, Japanese, Danish, Swedish, Norwegian, Lithuanian, Latvian, Polish, Hungarian, Bulgarian, Finnish, Farsi, Croatian, Turkish, Albanian, Vietnamese, Serbian and Slovene. His stories have appeared in most of the major American magazines, including The New Yorker, Harper's, Esquire, The Atlantic Monthly, Playboy, The Paris Review, GQ, Antaeus, Granta and McSweeney's, and he has been the recipient of a number of literary awards, including the PEN/Faulkner Prise for best novel of the year (World's End, 1988); the PEN/Malamud Prize in the short story (T.C. Boyle Stories, 1999); and the Prix Médicis Étranger for best foreign novel in France (The Tortilla Curtain, 1997). He currently lives near Santa Barbara with his wife and three children.