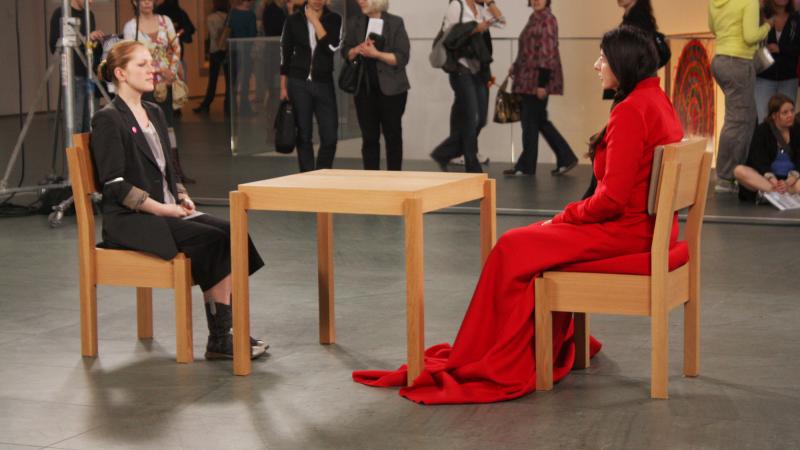 Marina Abramovic spreads one hand out on the table, picks up a knife and starts stabbing in between her fingers. When she misses, and cuts a finger, she picks up a new knife and starts again. She records the sound of this exercise, at a certain point replaying the tape in order to stab in between her fingers in time to the recording – complete with the same mistakes. There is a lot of blood.

This display launched the career of the world’s most famous performance artist, Marina Abramovic. For more than 40 years, she’s been testing her limits – and the boundaries of what’s permissible, and physically possible in art. Steve Paulson caught up with her to talk about her childhood in Communist Yugoslavia, and about that first breakthrough performance.