When Time Is The Best Motivator 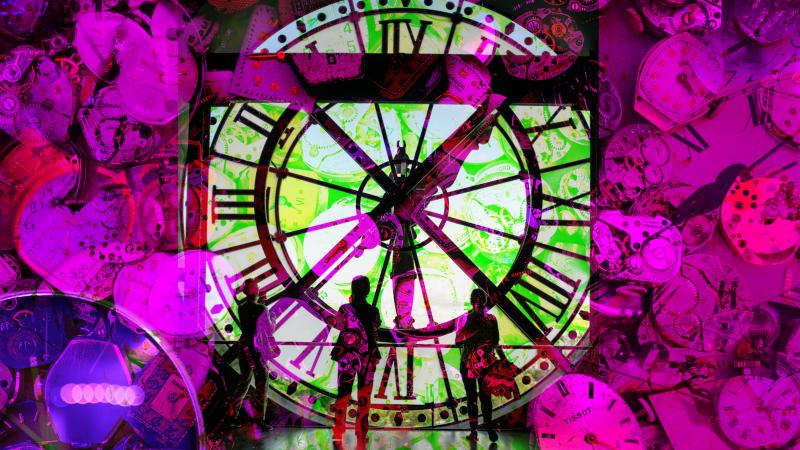 Daniel Pink is a prescient observer of how people live and work in our society today. His books, including “Drive,” and “To Sell is Human” have become best-sellers. His latest book is “When: The Scientific Secrets of Perfect Timing.” Executive Producer Steve Paulson talked with Pink about the stages of life during a visit to our studio at Wisconsin Public Radio in Madison, WI, and discussing what it means to really reckon with what happens in that last act of life, and why Steve might just spend his launching a tennis podcast.

This Q&A has been edited for clarity and length.

Steve Paulson: You have this phrase called “the nine-enders.”

Dan Pink: People are disproportionately likely to run their first marathon at ages 29, 39, 49, and 59. A 39-year-old is much more likely to run the first marathon than a 38-year-old or a 40-year-old. And it all has to do with the effect of endings on the way we see our lives and the way we behave. When we see something ending, it can energize us. We kick a little harder. And it also seems to trigger some kind of search for meaning. And, at some level running a first marathon is [thinking] "I don't want my life to disappear." Time is moving quickly. I want to do something significant and I want to do it before I turn 30, or before I turn 50.

SP: You talk about how life has a natural beginning, middle, and end — I want to focus on that last act. How would you describe act three?

DP: Well, a lot happens in act three. Basically we think about our lives as three acts, we've got the first 25 years, the second 25 years, and the third 25 years. And there's some interesting research out there showing certain things that happened in that final act.

SP: When you talk about the third act are you talking about post retirement, or could this be also final stages of a career?

DP: It's both. I think it's idiosyncratic. What's happening right now in the American workforce is a refashioning of what retirement is. There are fewer people who are fully retired. So when we get to that final act, you have people who are doing things that are much more hybrid. So they were an engineer at a big company and now they are teaching math after school, or they were a physician and now they have a paid role part-time at a church.

SP: So why would people want to do that? I mean as opposed to the old model which is you have a big career and you retire and you go off and smell the roses, as opposed to doing something else that maybe doesn't pay very well but is more meaningful?

DP: Because growing roses is far more challenging and satisfying than smelling roses. People are more satisfied when they're doing something, when they have a combination of challenge, purpose, and relationships, and that's what leads to a satisfying life.

So we'll go back to this idea of act one, act two, and act three. You have this rise in the number of friends that you have, the size of your social network throughout act one, it really, really rises in an act two, and then around the age of 60, there is a dramatic drop in the size of our friendship networks. Now that seems — superficially — like a sad story. It seems like "oh we're so lonely and people are disappearing on us."

So [longevity researcher Laura] Carstensten asked people to organize their friends in three circles: The inner circle — these are people I absolutely can't live without. A middle circle — they're awesome, I like them, they're great, and the outer circle — they're good or just okay. They're fun. What she found is that when she divided the circles that way, all of the drop in the total size of the friendship networks was the middle and outer circle. And what's interesting about that is that she says “they were actively eliminated.” That is people are making the affirmative move to what I like to call editing their friends. They were editing out the people. When they got to that final act, they said "wait a second, I don't have all the time in the world."

SP: So let me rephrase this slightly differently and make a little more personal about me. I'm in my late 50s and I think unavoidably for someone at my stage of life, I'm starting to think about how many years I have left in this job. I spent my whole career in public radio. Do I keep doing the same thing, my job I like, or do I think about doing something new? How do you sort out those kinds of questions?

DP: I don't think there's a perfect universal way to do that. If they have the ability, I think it's important for people to ask those kinds of questions. The changes that people make in these kinds of circumstances are less vocational changes than really identity changes.

So for you… I don't want to turn this into a therapy session.

DP: I'm completely unlicensed and unqualified. But let me go forward. The decision you're making at that point is not only a vocational decision, what should I do? It is an identity decision: who am I? Would you say I'm going to leave public radio and you know what? There's one avocation I have and I’ve got some time. I've got the talent and experience. I'm going to do a short podcast on Ska music or bluegrass.

SP: For me, it would be the tennis podcast.

DP: Okay perfect, maybe you round up the tennis players who you watched and admired when you were a kid. So you're going to go for what Jimmy Connors is doing right now. Let's get Martina Navratilova on here and then it might be that hey you know what I really want to do actually want to go maybe write a book about tennis. And so this identity ends up having a not kind of an off/on switch but a dimmer switch.

SP: One of the things that you write about is that people later in life tend to live more in the present, more in the now, than other people — which is interesting because you might think they'd be thinking a lot about their past. They think less about the future because there's less of it.

DP: What you see is the people editing their friends are living in the present. They are focused on the generativity and their legacy. And wait a second: they're a lot happier than a lot of other people. That can begin giving us some clues across the lifespan into what constitutes the good life.

I think about this myself. It's like, "whoa is my life half over. I'm 53 years old. Holy smokes." That concentrates the mind. And I think back, let's say I live to be 83. Which is a good, healthy life, longer than my father lived. I look back 30 years to when I was 23 and think "Holy smokes, that happened like this. That was yesterday. I was 23 yesterday. That all happened in a blink."

Is the next 30 years going to happen in a blink? And maybe it is time for me to reckon with this question of who am I really, why am I here, and what is my legacy going to be?

SP: Do you think about that? Are you starting to think about okay what is your third act?

DP: I do find a greater sense of urgency in that question now. The therapy’s for me now. I do think about it as someone who has spent most of my professional life as a writer and having written six books you know as analytical of a person as I am, what's going to be the marginal return on the seventh book in terms of my own satisfaction and contribution to the world? And maybe there is something else I can be doing that is perhaps a better expression of who I really am intrinsically and perhaps a better way for me to contribute to the world.

Perhaps even raising the stakes a bit, if I ever have grandchildren, they look back on that and say, "whoa, wait a second, my grandfather did that super cool thing when he was 70 years old — that's awesome!"