Your Body or Your Mind 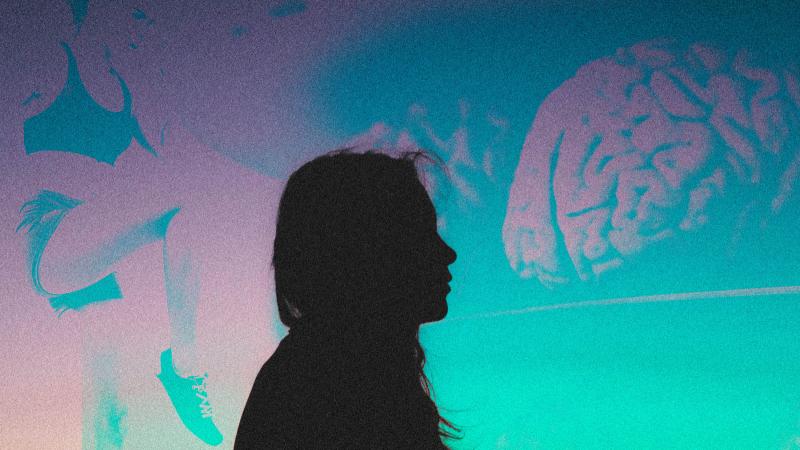 Remember debating the mind-body duality in college? You probably argued the meaning of Descartes’ adage “I think, therefore I am” in your dorm. Maybe you even delved into the idea of what is consciousness. But for Lauren Slater, author of “Prozac Diary,” the mind-body argument isn’t a debate or an intellectual pursuit. It’s a personal choice, one that is both necessary and terrible.

Slater is in many ways a spokesperson for her generation. Back in 1988, she was one of the first people to start taking an SSRI (Prozac is in the class of drugs called SSRIs). It saved her life. And she has two kids, a bestseller, and a PhD to prove it. But, while she was mentally better, those 30 years of SSRIs did something else. They destroyed her body. Her litany of long-term SSRI use ails is staggering: type 2 diabetes, renal insufficiency (heading quickly to her kidneys not functioning), she’s overweight, and her blood triglycerides climbed dangerously to 800.

“The drugs have made my body and my mind strictly divided,” says Slater. Do I put my body before my mind or my mind before my body? For me, if I don’t have my mind, my body is irrelevant. So I have chosen my mind. And a shorter life as a result. Of course, I could have chosen suicide, so…”

As you can imagine Slater is angry. At the pharmaceutical companies for failing to develop a medicine that doesn’t simultaneously heal and damage people. At psychiatry for being stuck on the refrain that depression is caused by a brain chemical imbalance. But while Slater is angry, she manages to keep away from bitterness, and stands by her choice.

“I feel, for all the drawbacks, enormously grateful, says Slater. “I could have been living in the darkness, but I live in the light. I don’t take that for granted. And out of the soil of the gratefulness so many powerful things have grown in my life. That needs to be considered.”

Jaime Lowe’s mind-body choice wasn’t gradual over 30 years. Hers came suddenly as she was told her kidneys were failing. Lowe is manic. And after years of on again and off again with lithium (including a stint in a mental facility) Jaime finally made the decision to stay on her lithium and get her life in order.

“Lithium was always the one,” says Lowe. “The one soul mate. The one true drug love.”

Those who take lithium are tested monthly for kidney functions. After many uneventful tests, one day, the results showed progressive renal failure.

The real possibility of losing her kidneys wasn’t what scared Lowe. Having to stop taking lithium and find a new medication for her mania was. Lowe was so scared that she convened her doctors and asked what it would mean if she continued on lithium in spite of almost certain kidney loss.

“That was terrifying…” she says. “Finding a new med is really scary.”

After a year of serious physical side effects of trying new drugs, Jaime is on a new and stable medication for her mania and no longer takes lithium. She is still in renal recovery.

“I get to experience all of life,” Lowe says. “One I would never trade for normal, whatever that is. I’m lucky. Not everyone is.”

We’ve had 30 years of Prozac, and its SSRI cousins, but we’re still depressed.  Why?  Modern anti-depressants have saved a lot of minds.  And lives.  But are they worth the long-term abuse to our bodies? And a bigger question, do they really work? Psychiatrist Charles Raison says it’s time for a new model of how we treat depression, one that rejects the idea that depression is caused by a chemical imbalance that can be fixed with a pill. One that doesn’t pit the body and mind in an unnecessary duel.  Depression is a disease of the body as well as the brain, says Raison. But traditionally, the body functions of depression are ignored.

“How does inflammation in the body make the brain depressed?” asks Raison. Inflammation looks a lot like psychological stress. And sickness looks a lot like depression. The flu is associated with fever but many don’t realize depressed people also run a chronic elevation of their body temperature. When you treat their depression, their body temperature goes back to normal.”

And not just body temperature. Inflammation, meditation, and even sweat lodges are being looked at as treatments for depression by Raison.

“If you come to see me as a patient and you were really depressed I would write you [a prescription] for one of those [SSRI] medicines,” says Raison. And I would sit down with you and think how to use this medicine as a stop gap measure to try to stabilize you enough we can get a deeper cure. There’s always a biology. And there’s always a story.”

Raison believes the negative stories we tell about our personal histories are often what send us into a tailspin. One person may find resilience in overcoming adversity, whether from a traumatic childhood or a battle with cancer, while another might be consumed by the same problems. Raison calls this kind of negative thinking a “narrative disorder.”

He certainly doesn’t claim that visiting a sweat lodge or treating inflammation will necessarily cure depression for everyone, but he says we need to look for alternatives to mind-altering drugs.

Maybe it’s time for a different experiment than the one we’ve been struggling with for 30 years, so people like Slater and Lowe and so many others aren’t forced to make the choice of our body or our mind.